Introducing Nappy Bat, a game that is obviously heavily inspired by Flappy Bird by Nguyen Ha Dong. Initially, we were at odds with making this game, because we didn’t want to contribute to the never-ending barrage of clones coming out for Flappy Bird; however, once the game was removed by the author, we decided to move forward with our version of the game.

Nappy Bat follows the same idea of Flappy Bird (read: frustrating flight through small openings), but we’ve added a couple new twists. The most recognizable one is that the bat (named Myo) can grab onto the ceiling to take a nap. Instead of “pausing” the game, you can simply fly straight up, and then walk away if you need a quick break.  Of course, that lead to adding solid walls (another twist) that require you to nap before proceeding. When you see the warning, quickly fly up to the ceiling and grab hold for a nap, and then the screen will advance for you to continue your journey. Good luck! 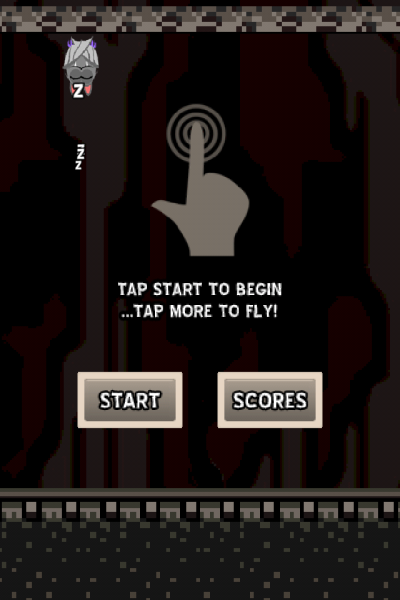 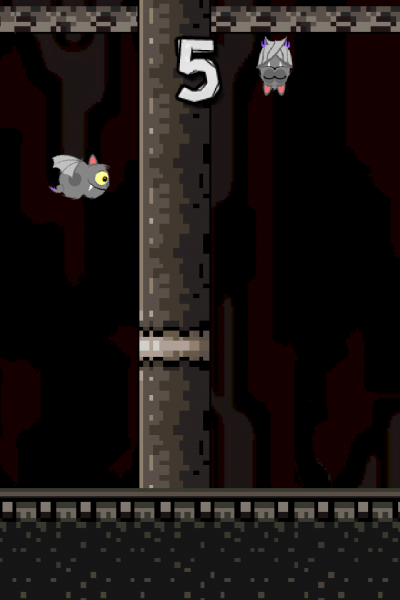 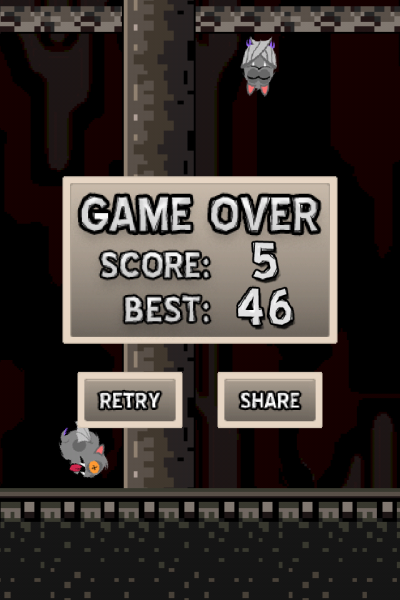